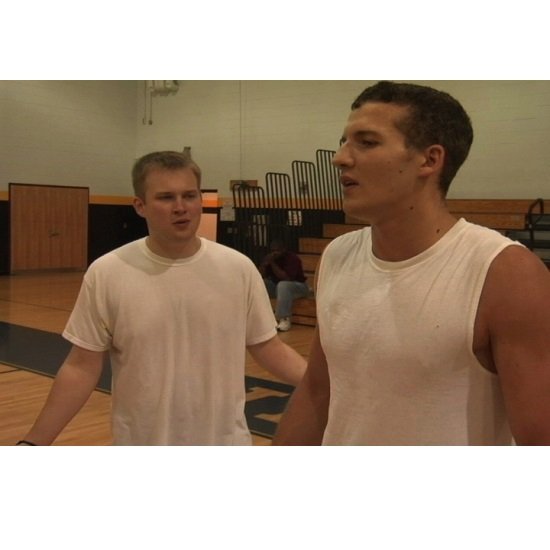 Living in the shadow of his older brother’s past athletic glories, Donnie turns to steroid abuse to help him ‘measure up’ on the basketball court.

Living in the shadow of his older brother’s past athletic glories, Donnie turns to steroid abuse to help him “measure up” on the basketball court. Not long after, he finds his life slowly spinning out of control as his girlfriend, Angela tries in vain to help him kick his addiction.

In the meantime, Angela is also struggling to convince her friends, Dara and Lucy, that contrary to what they’ve read on the internet, anorexia, and bulimia are not “lifestyle choices” but, instead, serious medical disorders. Angela should know; she too once struggled with bulimia but now finds herself reluctant to share this potentially helpful fact with her two misguided friends.

Donnie’s coach, Jack, is also struggling with intervening in what he suspects may be Donnie’s steroid problem. However, once Jack’s sister, Joy, reminds him of her son’s tragic loss to drugs, he is forced to reconsider his position. Focusing on body image issues via steroid abuse and eating disorders, “More Than This” also strongly emphasizes the importance of doing right by others – even when it’s personally difficult.

Purchase the complete series and SAVE or mix and match:

Alternatively, you can purchase this series as an online streaming-only option (no physical DVDs will be sent to you):