WHAT CAUSES AN EATING DISORDER? 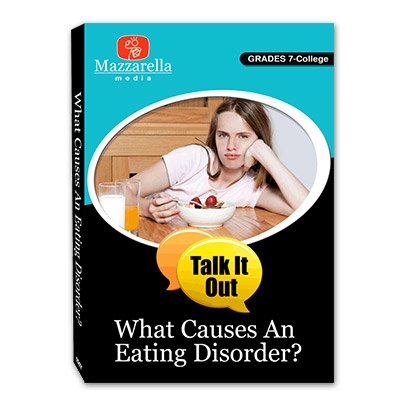 WHAT CAUSES AN EATING DISORDER?

In this dvd, Suzanna, a young woman who has had an eating disorder since the age of 9, shares her personal story and helps to introduce students to eating disorders including anorexia, bulimia, binge eating, purging and compulsive exercising.

Did you know that over 8,000,000 people in the United States have an eating disorder?

Of that number, 90% are women. In this program, Suzanna, a young woman who has had an eating disorder since the age of 9, shares her own story, providing an up-close and personal introduction to eating disorders including anorexia, bulimia, binge eating, purging, and compulsive exercising. Viewers learn the warning signs, symptoms, and health risks of eating disorders, and how eating disorders are serious yet treatable illnesses that can happen to anyone.

The program shows that eating disorders are often related to a person’s concern with body image and self-esteem, and reveals the dangerous mindset that can arise when young people set their expectations for how their bodies should look based upon the “beautiful and glamorous” celebrities displayed in the media.