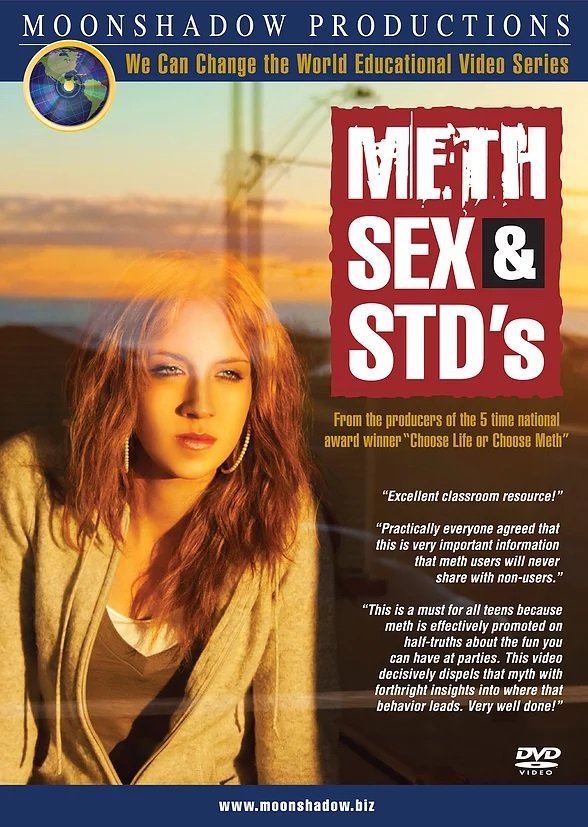 This fascinating educational documentary concentrates on the integral and destructive relationship between meth, sex, and STDs. Meth users often become addicts within a week and quickly experience a profound energized sexual appetite, which becomes powerful word-of-mouth advertising among unsuspecting teens. Tragically, users start down a long road that is fraught with reckless sexual behavior, crime, mental illness, STDs, sexual impotency and sometimes death. The psychological problems that accompany meth use over time frequently include declining interest in “normal sex” which leads to a proliferation of behavior that is often perverse and illegal, such as abusing children, in order to become aroused. Meth-sex is often very rough, and genital tears and abrasions resulting from prolonged sex increase the chance that HIV or an STD will be passed between partners. Hosted by Claire Scarisbrick, national award-winning documentary host, and featuring Dr. Karen Furst, M.D., M.P.H., public health officer, and Dr. Mary Holley, M.D., Executive Director, Mothers Against Methamphetamine.

Inmates, clinicians, recovering addicts and others whose lives have been affected by the drug authenticate their messages.