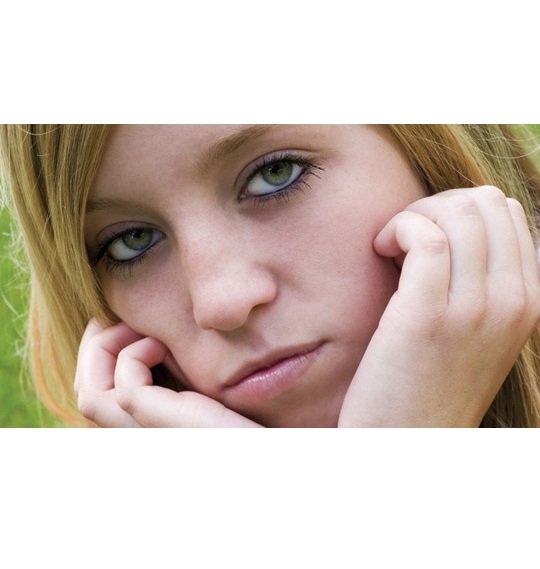 This reassuring video focuses on several real teens who are struggling with some of the most common psychological problems that occur in adolescence: anxiety disorders, depression, eating disorders, attention deficit hyperactivity disorder (ADHD) and substance abuse disorder.

This reassuring video focuses on several real teens who are struggling with some of the most common psychological problems that occur in adolescence: anxiety disorders, depression, eating disorders, attention deficit hyperactivity disorder (ADHD) and substance abuse disorder.

Are these disorders hereditary? How do they develop, and why? How common are they among teens? What can a person do to cope with them? This eye-opening program answers these questions and many others.

The main points emphasized are that although psychological disorders can interfere with having a productive life, with persistence and guidance from a mental health professional, they can be overcome. The real teens featured in the program share their personal struggles and ultimately affirm that young people can successfully manage their psychological disorders.

Starred Review  These DVDs introduce teens to the concept of good mental and emotional health. In Common Psychological Disorders of Adolescence, several real teens share their stories and struggles with five common mental health issues: anxiety disorders, depression, eating disorders, ADHD, and substance abuse disorder. A teen host introduces the stories, indicating that “psychological disorders are just as real as medical disorders.” After each personal struggle is related, Dr. Deborah Gatins, an adolescent psychologist, talks about the disorder and its symptoms, diagnosis, and treatment in easily understood terms. An important part of her explanation includes the difference between having occasional symptoms of a psychological nature and actually having the disorder. The program concludes with Dr. Gatins encouraging viewers who think they may have a psychological problem to seek help. Who Needs Therapy? follows a similar format, with young people asking questions and receiving answers about how to determine if you have a psychological disorder and the type of treatment available. Again, teens speak about their experiences with therapy and are assured that seeking help is not a sign of weakness, but something that takes courage. Of special interest is a segment dealing with bullying. Both programs have an excellent, extensive teacher resource guide that contains a pre- and post-test, activities, and fact sheets. These productions can be used successfully in health or psychology classes and can be shared with parents by guidance counselors or school psychologists.
(Reviewed with Who Needs Therapy? Treating Psychological Problems)

Recommended  Common Psychological Disorders of Adolescence addresses five psychological problems prevalent among teenagers: eating disorders, attention deficit hyperactivity disorder (ADHD), substance abuse, anxiety disorder, and depression. The film profiles five adolescents with the disorders. In interview footage each frankly describes some of the challenges of coping with his or her illness. Laura suffers from EDNOS, eating disorder not specified, and wrestles with self-esteem issues. Brad has attention deficit hyperactivity disorder (ADHD) and struggles to appropriately focus his attention. Dezeray has a substance abuse disorder and experienced a frightening alcohol poisoning incident. Molly has an anxiety disorder and describes what a panic attack feels like. Shane, who has depression, shares how it felt when people misunderstood his illness.
The interview footage of the teens is interspersed with explication from clinical psychologist Dr. Deborah Gatins. She explains the difference between normal, temporary states of mind and full-blown disorders. She and the film narrator touch on the environmental and/or biological basis of each problem. They also briefly address the treatment available for each syndrome, including therapy and medication.
The film is well-edited; the interviews with the teens create audience empathy and the footage of the clinical psychologist provides authoritative, compassionate commentary. It is relatively free of jargon and thus accessible to the layperson. A loose-leaf teacher’s resource book is included to supplement the film. It contains student activities and fact sheets. Common Psychological Disorders of Adolescence could be useful in both counseling and classroom venues. It is appropriate for audiences of a wide range of ages though it is chiefly aimed at teens. The film provides succinct overviews of each disorder. By building understanding, it serves to de-stigmatize mental illness.