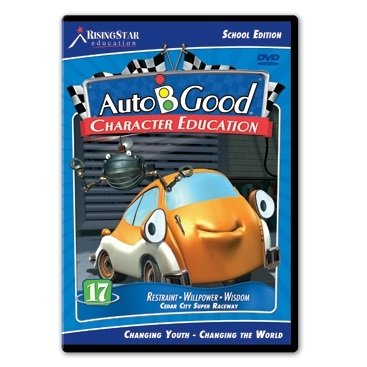 From: AUTO B GOOD – Video Series

These powerful little lesson-launchers will captivate your students with eye-popping animation and exciting stories about the value of good character.

ABOUT THE VIDEO SERIES:

These powerful little lesson-launchers will captivate your students with eye-popping animation and exciting stories about the value of good character. With 63 short stories on 21 volumes, there are more than enough for each week of the school year. This attractive and award-winning video series is turbo-charged with premium-grade values and full-throttle fun!

The Auto-B-Good video series takes place in Auto City, a metropolis where all the inhabitants are cars of all ages, makes, and models who teach valuable life lessons on what it means to be a person of good character.

Each volume in the series contains three 10 minute episodes and a teacher’s guide that provides discussion questions, student interaction, and activities that support the lesson. Supplemental materials, including printable activities, storybooks, and classroom posters, are also available to help you extend the lesson even further.

Purchase the complete series and SAVE or mix and match:

Alternatively, you can purchase this series as an online streaming-only option (no physical DVDs will be sent to you):